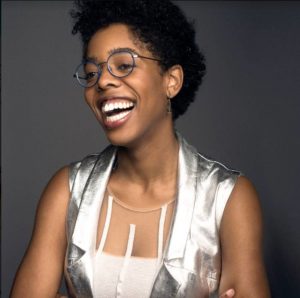 Please join the Detroit Colour Council for an exciting session featuring Madison Maxey. Madison is passionate
about working at the intersection of design and engineering to create useful products. She is currently focused on
bringing conformable circuits (e-textiles) to scale through her company, Loomia. The company’s mission is to
create tools for engineers and designers who are creating next-generation products. Throughout the course of
her work at Loomia, she has developed e-textile prototypes and workshops for companies like North Face,
Google, PVH, Flextronics, Adidas and Corning.

In addition to e-textiles, she has performed computational design and physical computing work for the F.I.T
Museum, Forbes 30 Under 30 Summit, CNBC’s Jump Jive and Thrive and Google Creative Lab. Madison has
also held creative technology residences at the School of Visual Arts, Autodesk, and Pratt’s BF+DA where she
won the BF+DA Technology Innovation Award.

Her work has built the foundation for 5 granted patents and has led to invited lectures at Universities such as
Columbia University, Parsons School of Design, NYU and University of Illinois Champagne Urbana.

BOOK FEATURES (She is in these books but didn’t write them!)

PREVIOUS WORK:
Before LOOMIA, I worked at General Assembly and Interned at Autodesk and Tommy Hilfiger

Membership is free at: https://detroitcc.org/join-the-dcc

The Detroit Colour Council is a professional society based in the metropolitan Detroit, Michigan area, which promotes communication and education around color and design quality issues with emphasis in the automotive sector. Members represent a wide variety of professional functions including engineers, designers, salespeople, scientists, consultants, lab technicians and students.